We are excited to announce that the recipients of the 2021 AAAFM-Nakamura Award are Professor Steven DenBaars and Professor Omar M. Yaghi.  The AAAFM-Nakamura Award (named after the Nobel Laureate Shuji Nakamura) recognizes an accomplished scientist who has made significant contributions and whose work shows exceptional innovation in the field functional material. The awards will be presented at the 3rd AAAFM-UCLA Conference on Functional Materials(Virtually this year), which will be held in University California, Los Angeles, August 18-20, 2021

Steven DenBaars is awarded the AAAFM-Nakamura Award for his pioneering work in developing non-polar and semi-polar gallium nitride materials for energy efficient lighting, micro-LED displays, and non-polar and semi-polar laser diodes. Dr. Steven P. DenBaars is a Professor of Materials and Co-Director of the Solid-State Lighting and Energy Electronics Center (SSLEEC) at the University of California Santa Barbara. He obtained a Ph.D. Electrical Engineering from the University of Southern California in 1988, MS Materials Science in 1986, and BS in Materials and Metallurgical Engineering, from the University of Arizona 1984. Dr. DenBaars started his 30 career in semiconductors at Hewlett-Packard in 1988, and joined UCSB in 1991.  In 2005 he was appointed the Mitsubishi Chemical Chair in Solid State Lighting and Displays. Professor DenBaars is well known for his pioneering work in developing gallium nitride materials for energy efficient lighting, micro-LED displays, power electronics, and non-polar and semi-polar laser diodes. Prof. DenBaars has been very active in entrepreneurship, having helped co-found several start-up companies in the field of photonics and electronics. In 1996 he Co-founded Nitres Inc. along with Dr. Umesh Mishra which was the first GaN LED start-up in US. Nitres was acquired by Cree Inc. in May 2000. In 2008 he Co-Founded Soraa Inc. along with Professor Nakamura and Speck to commercialize highly efficient LED lighting.  In 2013 he Co-Founded SLD Laser, along with Professor Nakamura, Dr. James Raring, and Dr. Paul Rudy to pioneer blue lasers and laser lighting products. Acting as the CEO and Chairman he helped build the company to over 150 employees before being acquired by Kyocera Corporation in 2021.  In 2014 he assisted Dr. Jeffry Shealy in the founding of Akoustis Technologies Inc. (AKTS) for commercialization of RF Filters, and he is currently on the Board of Directors. He received the IEEE Fellow award in 2005, the IEEE Photonics Society Aron Kressel Award in 2010, elected member of the National Academy of Engineers 2012, Fellow of National Academy of Inventors in 2014, Spirit of Innovation Award from Pacific Coast Business Times 2021, and Quantum Device Award from ISCS 2021. He has authored or co-authored over 1080 technical publications, 450 conference presentations, and over 185 patents. He is a highly cited researcher, with an h-index of 140, and over 85,000 citations. 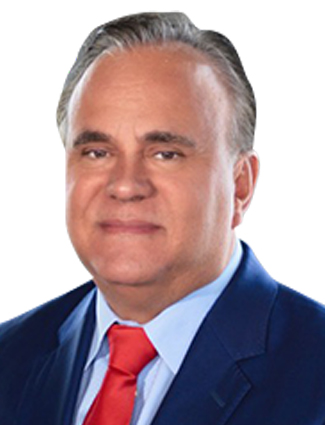 Omar M. Yaghi is awarded the AAAFM-Nakamura Award for his pioneering contributions to several extensive classes of new functional materials: Metal-Organic Frameworks (MOFs), Covalent Organic Frameworks (COFs), and Zeolitic Imidazolate Frameworks (ZIFs). Yaghi established the chemical foundation of the MOF field through his successful crystallization of the first of MOFs with the strong bond approach in 1995, where metal ions are joined by charged organic linkers exemplified by carboxylates, followed by the use of multi-metallic clusters as secondary building units (SBU), the proof of permanent porosity in MOFs by gas adsorption isotherm in 1998, and achieving ultrahigh porosity in 1999 with MOF-5. His discoveries of the first 2D COFs in 2005 and 3D COFs in 2007 vastly expand the scope of organic materials beyond 0D (molecular solids) and 1D (polymers) to 2D (layered COFs) and 3D (network COFs). He termed this field ‘Reticular Chemistry’ and defines it as the ‘linking of molecular building blocks by strong bonds into crystalline extended structures’. Yaghi has also been leading the effort in applying these materials in clean energy technologies including hydrogen and methane storage, carbon dioxide capture and storage, as well as harvesting water from desert air. He is a highly cited researcher, with an h-index of 168, and over 181429 citations. 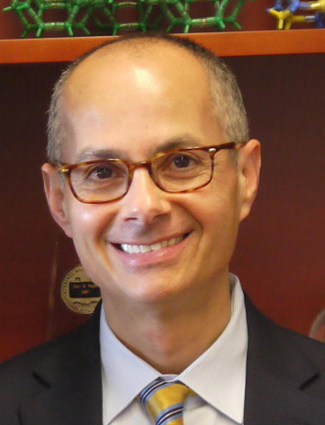 We are excited to announce the recipients of the 2021 AAAFM- Heeger Award are Professor Andrea Alù and Professor Cinzia Casiraghi. The AAAFM-Heeger Award (named after the Nobel Laureate Alan J. Heeger) recognizes outstanding, dynamic young researchers for their outstanding achievements and contributions to the field of Functional Materials. The awards will be presented at the 3rd AAAFM-UCLA Conference on Functional Materials (Virtually this year), which will be held in University California, Los Angeles, August 18-20, 2021.

Andrea Alù receives the AAAFM Heeger Award for his seminal contributions to the realization of engineered functional materials and metamaterials, and their applications in electromagnetics, photonics and acoustics. Andrea Alù is the Founding Director at the Photonics Initiative, Advanced Science Research Center, and the and Einstein Professor of Physics at the Graduate Center, City University of New York. He received his Laurea (2001) and PhD (2007) from the University of Roma Tre, Italy, and, after a postdoc at the University of Pennsylvania, he joined the faculty of the University of Texas at Austin in 2009, where he was the Temple Foundation Endowed Professor until Jan. 2018. Dr. Alù is a Fellow of NAI, MRS, AAAS, IEEE, OSA, SPIE and APS, and has received several scientific awards, including the Dan Maydan Prize in Nanoscience, the IEEE Kiyo Tomiyasu Award, the Vannevar Bush Faculty Fellowship from DoD, the ICO Prize in Optics, the NSF Alan T. Waterman award, the OSA Adolph Lomb Medal, and the URSI Issac Koga Gold Medal. He is a highly cited researcher since 2017, with an h-index of 109, and over 51510 citations.

Cinzia Casiraghi receives the AAAFM-Heeger Award for on the development of biocompatible 2D inks and their use in printed electronics and biomedical applications. Cinzia Casiraghi holds a Chair in Nanoscience at the Department of Chemistry, University of Manchester (UK). She received her B.Sc. and M.Sc. in Nuclear Engineering from Politecnico di Milano (Italy) and her Ph.D. in Electrical Engineering from the University of Cambridge (UK). In 2005, she was awarded with an Oppenheimer Early Career Research Fellowship, followed by the Humboldt Research Fellowship and the prestigious Kovalevskaja Award (1.5M Euro). In 2010 she joined the department of chemistry at the University of Manchester. She has published more than 100 works in well-respected journals in the field, by collecting more than 30,000 citations and a h-factor of 49. She has been chair/co-chair and member of conference committees of several prestigious conferences, such as MRS, eMRS, Graphene Week, Graphene conference, etc. She also serves as editorial board member of Nanoscale and Nanoscale Advances, both published by the Royal Society of Chemistry (RSC). She is a leading expert on Raman spectroscopy, used to characterize a wide range of carbon-based nanomaterials, as shown by the RSC Marlow Award (2014), given in recognition of her pioneering work on Raman spectroscopy. She is recipient of the Leverhulme Award in Engineering (2016, 100K GBP), and the recent RSC 2020 Gibson-Fawcett Award, in recognition of her contribution in the development of water-based 2D inks. She was also awarded an ERC Consolidator grant (2015, 2M Euro) and ERC Proof of Concept (2020, 150K Euro) 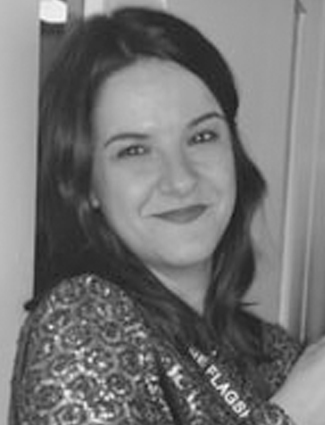 We are pleased to announce that the recipients of the inaugural AAAFM-Stoddart Award are Professor Omar K. Farha and Professor Mark C. Hersam. The AAAFM-Stoddart Award (named after Nobel Laureate Sir Fraser Stoddart) recognizes outstanding, dynamic young researchers for their outstanding achievements and contributions to the field of Functional Materials. The awards will be presented at the 3rd AAAFM-UCLA Conference on Functional Materials (virtually this year), which will be held at the University of California, Los Angeles on August 18-20, 2021

Omar K. Farha receives the AAAFM Stoddart Award for his seminal contributions to the field of metal–organic frameworks (MOFs), particularly in relation to the design and synthesis of new MOFs, and for propelling their potential for applications in catalysis, storage, and separations to reduce energy, protect human health and counter climate change. Omar K. Farha is the Dow Chemical Company Professor in Chemistry at Northwestern University and an Associate Editor for ACS Applied Materials & Interfaces. His current research spans diverse areas of chemistry and materials science ranging from energy to defense-related challenges. Specifically, his research focuses on the rational design of metal-organic frameworks (MOFs) for applications sensing, catalysis, storage, separations, and water purification. His research accomplishments have been recognized by several awards and honors including a fellow of the European Academy of Sciences, a Fellow of the Academy of Arab Scientists, Kuwait Prize, Japanese Society of Coordination Chemistry “International award for creative work”, the Royal Society of Chemistry “Environment, Sustainability and Energy Division Early Career” Award, the American Chemical Society “The Satinder Ahuja Award for Young Investigators in Separation Science” and “ACS ENFL Emerging Researcher Award”, and an award established by the Department of Chemistry at Northwestern University in his honor: the Omar Farha Award for Research Leadership “awarded for stewardship, cooperation, and leadership in the finest pursuit of research in chemistry” and given annually to an outstanding research scientist working in the department. Prof. Farha has more than 520 peer-reviewed publications, holds 17 patents, 65,000 citation and h-index of 123 (google Scholar), and has been named a “Highly Cited Researcher” from 2014 to 2020. Prof. Farha is the co-founder and president of NuMat Technologies, the first company to commercialized an engineered system-level product enabled by Metal-Organic Framework Materials. 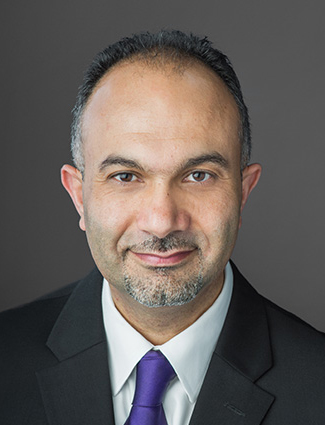 Mark C. Hersam receives the AAAFM-Stoddart Award for his pioneering contributions to the synthesis, surface science, chemical functionalization, and application of low-dimensional nanoelectronic materials. Mark C. Hersam is the Walter P. Murphy Professor of Materials Science and Engineering and Director of the Materials Research Center at Northwestern University. He also holds faculty appointments in the Departments of Chemistry, Applied Physics, Medicine, and Electrical Engineering. He earned a B.S. in Electrical Engineering from the University of Illinois at Urbana-Champaign (UIUC) in 1996, M.Phil. in Physics from the University of Cambridge (UK) in 1997, and a Ph.D. in Electrical Engineering from UIUC in 2000. His research interests include nanomaterials, nanomanufacturing, scanning probe microscopy, nanoelectronic devices, biosensors, and renewable energy. Dr. Hersam has received several honors including the Presidential Early Career Award for Scientists and Engineers, TMS Robert Lansing Hardy Award, AVS Peter Mark Award, MRS Outstanding Young Investigator, U.S. Science Envoy, MacArthur Fellowship, AVS Medard W. Welch Award, and eight Teacher of the Year Awards. An elected member of the National Academy of Inventors, Dr. Hersam has founded two companies, NanoIntegris and Volexion, which are commercial suppliers of nanoelectronic and battery materials, respectively. Dr. Hersam is a Fellow of MRS, AVS, APS, AAAS, SPIE, and IEEE, and also serves as an Associate Editor of ACS Nano. He is a highly cited researcher, with an h-index of 106 and ~50,000 citations. 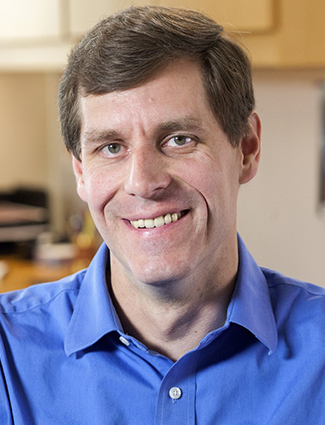